Check out my author interview with Creative Talents Unleashed and visit my author page: 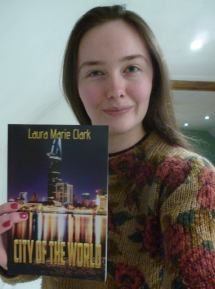 Laura Marie Clark began writing poetry as a teenager. Suffering from bullying and developing social anxiety and depression, she was inspired by a challenge set by her English teacher to write an elegy and found enjoyment and release in pouring the darker side of her being onto paper.

At the same time, she found an interest in Gothic clothing and rock and metal music. The distinct styles spoke to her in a way that more popular forms of fashion and music could not, and she began to write her own lyrics for songs based in the heavy metal and black metal genres. Some of these later turned into poems.

Her studies and academic writing at university inspired her to expand her horizons and write poetry on a broader range of subjects, a way of expressing her emotions on a more public…